In the data world, like every other genre of science, there is no room for ambiguity but sufficient allowance for those who want to read the motive of the information source.

But last week, the National Bureau of Statistics (NBS), a public agency, gave scary statistics about the performance of the economy, indicting the Federal Government as a critical player, thus dispensing the motive issue about its statistics.

Now, Nigerians know that indices showing the well-being of citizens have deteriorated. And they are convinced that there is no ill-motive behind the scary figures.

In 48 hours, the NBS and a sister agency, the Debt Management Office (DMO), churned out stats that could cause a national upset and a call for immediate remedial actions from the people.

First, the NBS released the worrisome Labor Force Statistics: Unemployment and Underemployment Report for Q4 2020. The report says unemployment jumped from 27.1 per cent in Q2 2020 to 33.3 per cent, the highest in the modern Nigerian economy.

Six years earlier, that is Q4 of 2014, the country’s unemployment rate was 6.4 per cent, suggesting a percentage point increase of 26.9 per cent. The 5.2 per cent increase in six months was also the steepest jump in recent years.

With the current figure, Nigeria has the third-highest jobless rate, coming behind Bosnia and Herzegovina (33.7 per cent) and Namibia (33.4 per cent). Among the top 10 biggest economies in Africa, Nigeria’s unemployment rate is the worst.

Added to the 20.6 per cent rate of underemployment, the number of Nigerians that are either unemployed or not fully employed is 53.9 per cent. Still, the challenge in the labour market is scarier than the mere number of individuals with jobs. The devil is the labour market nature and demographic character of the unemployment rate.

Whereas the number of persons in the economically-active or working-age population (15 – 64 years) was 122.1 million, a 4.3 per cent increase from 116.9 million reported during the previous survey, the size of the labour market (people within ages 15 -64 who are able and willing to work) tumbled by 13.2 per cent to 69.7 million. This suggests that more jobless people have voluntarily withdrawn from the labour market for reasons ranging from despair to criminal engagement. Emigration is another reason a labour market could have shrunk in the manner experienced by Nigeria but considering the restriction in international human movement in place last year, it is not likely that mass movement was a tenable explanation.

Still, youth unemployment (unemployment rate among young people from 15-34 years) was 42.5 per cent up from 34.9 per cent recorded in Q2 of last year. And considering the volatility of the socio-economic landscape and the sensitive insecurity concern in different parts of the country, many see the rising youth idleness as a recipe for crisis.

Already, the security situation is in dire straits. There is a paucity of statistics on the number of youths that have gone into fraudulent or outright crimes in recent months. But social scientists have agreed that crime is an increasing function of idleness, reflecting the proverbial idle minds.

Indeed, the security crisis, manifesting in banditry, kidnapping, cultism and financial crimes, have ballooned in different parts of the country in the past year. Travellers cannot travel at certain hours of the day while some routes are avoided completely.

The geographical distribution of unemployment is also a part of the scary pattern. The report shows a wide disparity in the figure posted by different states, with the range analysis hovering around 45 per cent. Imo State posted a 56.6 per cent unemployment rate to top the table as against Osun State’s 11.7 per cent. The disparity speaks to the country’s uneven development and unequal poverty level.

The NBS report was to be followed by the DMO scorecard on the country’s rising debts. From October to December, the public debt profile from N32.2 trillion to N32.9 trillion, showing a moderate rise of N0.7 trillion in the figure. The top-up may have worsened the fiscal imbalance only moderately but the cost of the liability is deeper.

A few weeks ago, the DMO disclosed that the Federal Government’s overdrafts with the Central Bank of Nigeria (CBN), amounting to about N10 trillion, would be converted to a debt instrument and payment stretched to 30 years. The decision is like postponing the evil days but experts say is it more like seizing a wheelchair from a cripple person as asking him to run as the future generations are least prepared for the responsibility the country wants to entrust to them.

A day after the unemployment poured on the digital space, the inflation data came in with their traditional apprehension. The headline inflation, which has stoked multiple socio-economic crises, rose to 17.33 per cent, the highest in four years, year-on-year (YoY), showing that Nigeria is fully back to the 2017 crisis.

But like the labour market, the character of the inflation is dreadful. For instance, the food inflation jumped to 21.79 per cent in the recent data released by the National Bureau of Statistics (NBS). This translates to a month-on-month (MoM) rise of 1.89 per cent.

For the second time back-to-back, YoY food inflation outgrew its rate in any other period since 2009, the base year of the current Consumer Price Index (CPI). In January, food inflation was 20.57 per cent. The next worse month was September 2017 when the inflation rate was 20.32 per cent.

The food inflation rate is 4.49 per cent and 9.51 per cent mark off the core and composite inflation respectively, a situation which economists, including Prof. Ken Ife, a consultant to the Economic Community of West African States (ECOWAS), the World Bank and other global institution, said not bode well for efforts to close the income inequality.

Also, the differential between urban and rural inflation rates (17.92 per cent as against 16.77 per cent for rural areas) has continued to expand. This is traced to failing inter-state movement infrastructure, which will be compounded by a higher energy cost in the coming months when downstream of the oil and gas would have been fully deregulated. 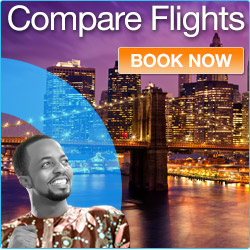